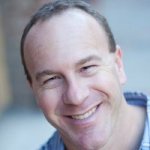 With the specter of ongoing NCAA investigations into alleged recruiting infractions hanging over the Arizona State Sun Devils, head coach Herm Edwards has ASU off to its best start in conference play in nine seasons.

Sparky is winning thanks to talented quarterback Jayden Daniels, strong coaching, a solid running game and an opportunistic defense.

Arizona State is a slight favorite against an always-dangerous Utah program that beat the Sun Devils 21-3 in Salt Lake two years ago, the last time these two teams played.

Odds as of October 13th at DraftKings

Daniels has become the face of the ASU program and its best quarterback since Jake Plummer in relatively short order.

The Southern California product completed 14-of-23 passes for 175 yards and rushed for 76 more (along with a trip to the end zone) in a 28-10 home win over Stanford last Friday.

On the season, Daniels has completed 70% of his passes, while throwing for 1,269 yards, four touchdowns and three interceptions. He also has 369 yards and three touchdowns on the ground.

Now, the true junior returns to the scene of easily his worst showing in an Arizona State uniform. The then-true freshman completed just 4-of-18 passes for 25 yards and was intercepted once back on October 19, 2019. He also ran for just eight yards — on 16 attempts. It’s the only time Daniels was held to double-digit passing yards and single-digit rushing yards in the same game.

Now, with running back Rachaad White joining Daniels in the backfield (White was not on the 2019 ASU roster), the early front-runner for Pac-12 Offensive Player of the Year has plenty of help.

White has accounted for 647 yards from scrimmage (421 rushing, 226 receiving) and 10 total touchdowns this season, while a trio of receivers (Ricky Pearsall, LV Bunkley-Shelton and Curtis Hodges) have all eclipsed the 200- yard receiving total in 2021 and offer Daniels — between his arm and legs — nice options. The quarterback will be motivated to avenge that 2019 debacle.

To say the first month-and-a-half of the Utes’ 2021 season has been a roller coaster unlike any other would be an understatement.

Head coach Kyle Whittingham’s group lost the Holy War for the first time since 2009. Then, Utah suffered a triple-overtime defeat to San Diego State. The departure of the team’s starting quarterback — the second time that has happened in nine months — followed.

The death of one its players from a gunshot was next — the second time that has happened in nine months. Then came the high of knocking off USC in LA for the first time since 1916 and first time ever at the Coliseum.

Think about what the last two weeks must have been like for @Utah_Football. Consider that for the 2nd time in 9 months they’re about to fly to Texas to attend a funeral for one of their teammates.

The fact they’re 5 minutes away from their 1st win at the Coliseum? Incredible

Clearly, there’s much to unpack on the only undefeated Pac-12 squad not named the Sun Devils. Let’s start at quarterback.

Cam Rising, who came off the bench to nearly rally the Utes past the Aztecs, looks like the real deal. Now 2-0 as a starter, the rising star has thrown seven touchdown passes and no interceptions. Against USC in that 42-26 win,  he threw for 306 yards and three touchdowns and ran for another.

Ludwig dials up the flea-flicker on 4th down. Cam Rising to DeVaughn Vele for the 37-yard strike.

Utah leads USC 21-10 at the half pic.twitter.com/Xr1mZTkv9Z

Utah racked up a season-high 486 yards of total offense against the Trojans and Rising completed passes to nine different receivers, with stalwart Britain Covey leading the way with five grabs. Running back Tavion Thomas, who had fumbling issues earlier this year, rushed 16 times for 116 yards and a 43-yard TD at USC.

Whittingham always seems to have his program in the thick of the conference race at this point in the season. With the Rising revival in the Southland, Saturday’s game will go a long way in determining which team represents the South Division in Las Vegas on December 3rd in the Pac-12 Championship Game.

Utah always seems to be in the mix for the top spot in the conference in mid-October. But for one reason or another, the school also historically stumbled around this point of the schedule.

Typical Utah win over BYU = the Utes will stumble around and do something bad at a few points in the future, especially in Game No. 11.

While the Utes may have figured some things out in Southern California, USC is a bad football team this season, so I’m not putting too much stock in that victory. Meantime, ASU came to LA two weeks ago and dominated a good UCLA team. Then, Sparky was even better at home on a short week against a team that had just knocked off No. 3 Oregon in the Cardinal.

Give me Daniels and the Sun Devils in this spot all day.