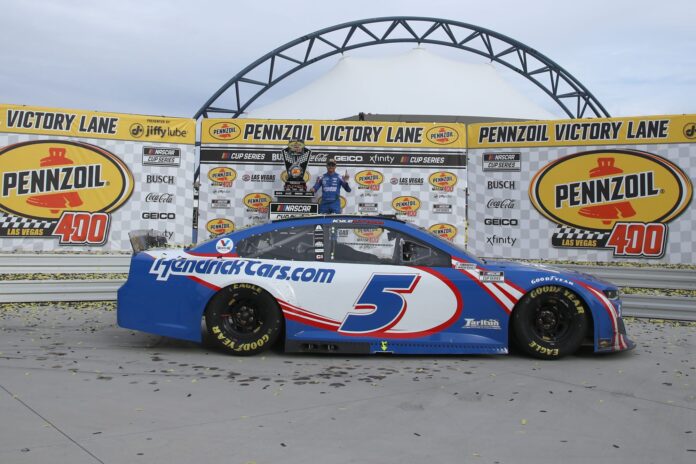 After a chaotic first round of the 2021 NASCAR Cup Series playoffs, round two is set to get underway in Sin City this Sunday night.

Bristol Motor Speedway offered the fire and tension that NASCAR fans crave, but all the gambling will happen in Clark County, Nevada this weekend, when the round of 12 is scheduled to begin at Las Vegas Motor Speedway with the South Point 400. One Cup Series driver might collect his ticket to the round of 8 on Sunday night.

In the spring race at Las Vegas Motor Speedway, Kyle Larson won stage two and went on to win the race with 103 of 267 laps led.

What most don’t remember is that Brad Keselowski won stage one and was dominant until Larson took over. While the Team Penske drivers have struggled at times this season, you have to give credit where credit is due; they don’t give up easily.

It would also be so fitting for Keselowski to go out with a championship run.

It was announced in July that he will join Roush Fenway Racing as not only a driver but as a team co-owner, leaving a gaping hole within the Penske organization going forward.

There hasn’t been anything that would suggest this move was made on bad terms, so I have to believe that the goal is to finish this season on a high note and move to next year with a fresh start.

So who will win the South Point 400? Here are a few picks I have in mind; you can consider this a fantasy lineup if you must.

As for a fifth option, I would put Martin Truex Jr. (+650) in the mix as well. This track hasn’t always been a Toyota playground, but the momentum that Joe Gibbs Racing have right now might play a huge factor in the outcome.

Make your pick now on WynnBET.

The South Point 400 is set to be broadcast live on NBC Sports Network from Las Vegas Motor Speedway beginning at 7:00 p.m. ET this Sunday, September 26, so start your free trial of FuboTV today if you have not already done so!