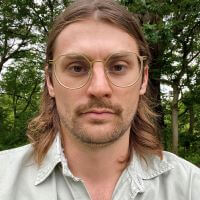 Arizona and Oregon square off in a Pac 12 game at 10:30pm on ESPN
This game is a story of two teams heading in opposite directions, as one is undefeated and one is winless
Read below for odds, breakdown and prediction

Every game is important and a referendum on the season for the Ducks, as they continue their Playoff push. For them winning games isn’t the only thing that matters. The “how” of the win, especially in games like this, becomes critical as well.

For Arizona? They’re looking for some positivity. Led by first-year coach Jedd Fisch, the Wildcats opened their season with a competitive game . They lost to #15 BYU by a close score of 24-16, only after a late comeback bid fust short.

Fast-forward to now. Arizona is coming off it’s most embarrassing performance of the season, a game in which they were a 26.5 point favorite, a 21-19 defeat to FCS Northern Arizona.

Odds as of September 22nd at FanDuel

There are a few unique trends that I want to comeback to later but highlight now as the Ducks are heavy home favorites:

Quarterback Play for Arizona is Critical

The old saying is usually accurate. If you have two quarterbacks, you have none. That may need to be rewritten for Arizona who have rotated three QBS in its first three games as Gunner Cruz, Will Plummer and Jordan McCloud have all seen action in this early season.

I personally would be surprised if McCloud does not start on Saturday, but believe staff will take another look at Gunner Cruz.

Cruz played nearly all of the snaps to open the season against BYU. He threw for 300+ yards, a touchdown and an interception. His ability to open the defense assisted in getting the Wildcats rushing attack going. That’s evident when you go beyond the box score and look at the advanced metrics. In this case, looking at predictive points, a metric that measures expected points added to the play. It was the highest for rushing plays of the season against BYU. The game in which Cruz played the most snaps.

In addition to this? BYU had a 0% “stuff rate”. Which means that the offense was balanced, the offensive line was moving their blockers and the backs were at least getting to the line of scrimmage every run.

“Once I felt comfortable and I knew it was a good situation over there, I pulled the trigger.” – @GunnerCruz

Being given assurances that Cruz will get his opportunity once again this weekend is huge news. The transfer has shown that he is the best option for Arizona in this young season fairly quickly. The offense is most efficient through him. Even if they aren’t scoring points, they are sustaining drives that keep Oregon off the field. That’s almost equally important when the number to cover is so large.

Oregon’s Defense Has Been the Key

It’s almost difficult to ascertain a true storyline for Oregon when they’ve been so successful to start the season. The Ducks have quietly started the season with at least the appearance of one of the best teams in College Football.

QB Anthony Brown has stolen the show for this team. He threw for 236 yards, two touchdowns and ran for 65 yards at the Horseshoe against Ohio State. But what has impressed me the most is Oregon’s defense. And that’s coming in the absence of first round talent Kayvon Thibodeaux, who has missed the last two games. Thibodeaux likely won’t suit up this weekend either but that may not matter much.

“Havoc” is one of my favorite ways to evaluate a defense. It doesn’t show the bias that yards or yards per play because of one big play or one big busted play. Instead it evaluates turnovers, batted balls, plays in the backfield and other things to get a true measure of the defense.

Oregon has been terrific in this category in every game they’ve played this season. The biggest part of their big win against Ohio State was centered around this very thing. The Ducks were able to get in the backfield and have tackles for losses. Ohio State didn’t have a single tackle for a loss for the game. Oregon was able to limit “havoc” and create some of their own. That’s pretty much been the central thing to their season and why we’ see them as such a large favorite on Saturday.

Let’s go back to those trends that I talked about in the beginning. Those suggest one very clear thing for Oregon over the past few seasons: they play down to their opponent. Furthermore, when they face a bad opponent they rarely below them out.

Conversely we have a team in Arizona coming off an embarrassing loss but by all accounts fully committed to playing hard for it’s new Head Coach. Those two things alone make me feel good about backing Arizona here. The added knowledge talked about above just adds more comfort to that. For those sports betting in Arizona I will play the Wildcats here at 28.5 but wouldn’t go below 27.5.